Story Hunter Podcasts is a narrative podcasting network, that aims to tell you unforgettable true stories.  Our story-driven podcasts focus on true crime, unsolved mysteries, fascinating history and the paranormal. It was founded in 2020 by producer and writer Catherine Fogarty. Catherine is the president of www.bigcoatmedia.com a Canadian television production company. Our podcasting studios are located in Toronto.

Catherine Fogarty is the founder and president of Big Coat Media a Toronto based production company. An accomplished producer, writer and director, Catherine has produced numerous television series including Breathing Space Yoga, My Parents’ House, and the Gemini Award-winning documentary series, Animal Magnetism.

Catherine is the co-executive producer of the Gemini nominated series Love It or List It. Now in its ninth successful season on HGTV US, the series ranks as one of America’s top lifestyle brands and is one of Canada’s most successful international formats. The series is also produced in England, Australia and French speaking Quebec. Catherine is also co executive producer of Love it or List it Vancouver, and Love It or List It Vacation Homes.

In addition to the Love It or List It franchise, Catherine has produced numerous other lifestyle, reality series including Jillian and Justin (W Network), Chef Worthy (W Network), and Paranormal Home Inspectors (Investigative Discovery Canada). Catherine also produced and directed I Don’t Have Time for This, an intimate documentary about young women with breast cancer (W Network).

In addition to her television work, Catherine has just finished writing her first non-fiction book called Murder on the Inside: The true story of the 1971 Kingston Penitentiary riot and its deadly aftermath. The book was published on April 14th, 2021 to mark the 50th anniversary of the riot. 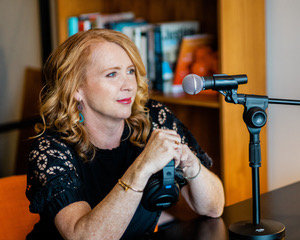