Chasing a Ghost: The Hunt for the 22- Calibre Killer 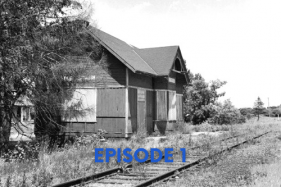 Chasing a Ghost: The Hunt for the 22- Calibre Killer

In the spring of 1970, the rural communities of Gormley and Palgrave, Ontario were shaken by two violent crimes in just thirteen days. Two mothers at home with their children were raped and murdered by a stranger. The unknown assailant was quickly dubbed “The 22-calibre killer” by the media for his weapon of choice. But despite one of the largest manhunts in Ontario history, the police were never able to find the killer and the double homicide went cold.

Twenty-five years later, a man renovating his newly purchased home would find a hidden piece of paper that would turn out to be the key to unlocking a decades old cold case that left two families shattered. But who would the 22-calibre killer turn out to be and how many other victims did he have?