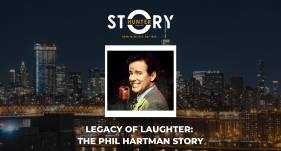 Phil Hartman was a Canadian-born, Emmy award-winning comedian. He was famous for his work on Saturday Night Live and had a starring role in NewsRadio, an NBC sitcom. He was also the voice of several characters in the long-running animated show The Simpsons

Alongside his successful career, he was living a million-dollar lifestyle in Los Angles with a beautiful wife and two young children.

But behind their perfect-looking family life there was trouble. Long simmering issues of jealousy, anger and addictions were creating tension and their ten-year marriage was imploding.

Those closest to Phil and his wife knew there was trouble, but no one could have ever predicted the violent ending!

What happened to one of America’s favourite funnymen and was it a tragedy that could have been prevented?