Murder In the Morgue 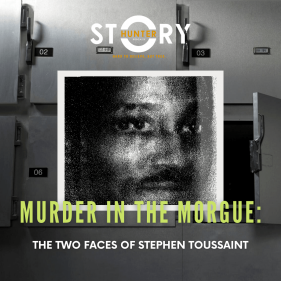 Murder In the Morgue

When Shirley Iven’s husband didn’t come home from work one night in April, 1998, she knew something was wrong.
Her husband Bob worked at the University of Toronto, in the medical department. In fact, he worked in the morgue preparing bodies for dissection for
medical students. But now he hadn’t come home and she was worried.

The following morning when she receives a phone call from the wife of Bob’s work colleague
she discovers that both men are missing and there have been three mysterious church fires in the city’s west end.

But what’s the connection? Before the day is over, a body will be found and an international manhunt will be underway.