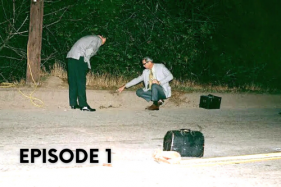 The year was 1969 and the place was Los Angeles California. The decade known for sex, drugs and rock and roll was coming to a close and the City of Angeles was still reeling from the brutal and unsolved homicides of seven people in one weekend. Actress Sharon Tate and four others had been butchered in the Hollywood Hills on August 9th and two more people were killed the following night. Then three months later the body of a young woman was found very close to the Tate murder scene. The unidentified girl had been dumped into a canyon off of Mullhuland Drive and she had been stabbed one-hundred-and-fifty-seven times.

Who was she? The police had nothing to go on so they named her Jane Doe #59.
One month later, Charles Manson and members of his cult family were arrested for the seven ritualistic homicides. But soon rumours of other murders had the LAPD questioning if Manson and his followers were also responsible for the death of Jane Doe #59. Was the beautiful, unidentified young girl another victim of the Helter Skelter madman and would the police ever learn her true identity?